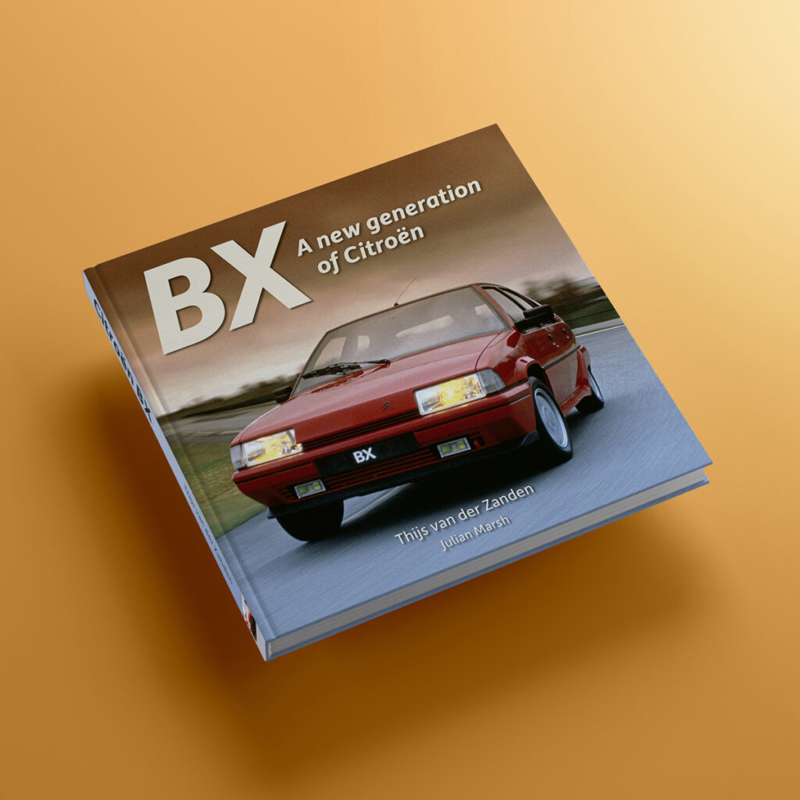 BX, a new generation of Citroën

Author Thijs van der Zanden describes in this book the history of the Citroën BX, from the first prototypes in the early seventies, until the last BX which rolled off the production line in 1994. Compared to Citrovisie's first BX book, this new book has been updated with new photos and extra visual material. To meet the needs of non-Dutch-speaking readers as well, this edition has been translated into English by Citroën expert Julian Marsh.

The BX: with its avant-garde dashboard, streamlined design, semi-concealed rear wheels and hydropneumatic suspension was a traditional Citroën. Its razor-sharp styling, however, was a radical break with all the brand's design traditions. The BX incorporated new, lightweight materials, was the first Citroen to be designed with computer assistance and was a huge leap forward in quality. Over the years, the introduction of variants such as an estate car, a version with automatic transmission, numerous diesel models and all kinds of sporty versions and special, limited series contributed to the continuous success, so that the BX ultimately not only helped the ailing Citroën company recover, but also went down in history as one of the most successful Citroëns ever.